There are 19 days of holidays in total that a central government employee can enjoy this year. These holidays are further divided into national, gazetted and restricted holidays in the following manner.

Central Government Administrative Offices located in Delhi/ New Delhi or outside will remain closed on the following days.

In addition to the holidays, mentioned in the above table. Central government employees will also get three holidays from the list given below. For employees working in Delhi/ New Delhi, the Department of Personnel & Training will choose these holidays.

The Central Government Employees Welfare Coordination Committee in the state capitals will choose these three holidays for employees working outside Delhi/ New Delhi.

There are a few important things regarding holidays that the central government has instructed all departments to follow. Let’s take a look at them.

Note: The coordination committees at the state capitals may draw a separate list of restricted holidays keeping in view the occasions of local importance.

It is always helpful to download the PDF file of a holiday list for future reference. You can view/ download or take a print of the Central government holiday PDF file from here.

Diwali 2023 is falling on Sunday. Will I get a substitute holiday for the same?

No, the government will not provide any substitute holiday.

How many restricted holidays a central government employee is allowed to take in a year? 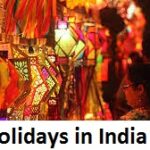 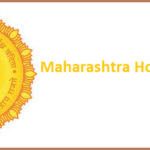 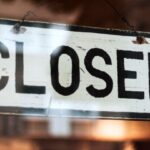 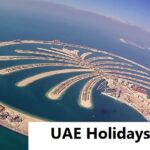 UAE Holidays 2023: Know, all National, Public, and Bank Holidays in the United Arab Emirates in 2023 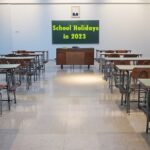 School Holidays 2023: Your School Will Remain Close on These Days in 2023