At only the age of 20 years, Giovanni Reyna has built up his international soccer career where his certain moves are already being compared with those of the legend Diego Maradona. Reyna hails from the United S tates but plays professional soccer currently with the Bundesliga club Borussia Dortmund. He is also a part of the United States national team. Reyna’s position in the fields is that of an attacking midfielder and winger. Reyna was included in The Guardian’s “Next Generation 2019” and is one of the final candidates for the 2022 Golden Boy award. His talent and high level of play has earned Reyna the nickname “The American Dream” given by his former teammate Erling Haaland. Find more details about the player such as Giovanni Reyna net worth 2023, salary, career breakthrough, honors and more from this article.

Giovanni Reyna Net Worth as in 2023

Giovanni Reyna was born on November 13, 2002 in Sunderland, England to Claudio Reyna and Danielle Egan. His father, Claudio Reyna, is a former soccer player who played for Rangers, Sunderland, Manchester City, New York Red Bulls and United States. His mother, Danielle Egan, was also a member of the United States women’s national soccer team. He was named after his father’s former Rangers teammate Giovanni van Bronckhorst.

In 2015, Giovanni joined the academy team of his hometown club, New York City FC. In 2019 he moved to Germany to join Borussia Dortmund’s academy. He still plays for the team and his current contract with the Dortmund expires on June 30 2025. Reyna is also a member of the US national soccer team.

Reyna made his debut for Borussia Dortmund in January 2020 where his team won the match against  FC Augsburg by 5-3 goals. Reyna was called in as a substitute in the 72nd minute becoming the youngest American player (17 years and 66 days) ever to appear in the Bundesliga. The record was previously set by Christian Pulisic.

His first professional goal in the field came later in February where his team faced a 3–2 defeat to Werder Bremen in the DFB-Pokal. With this, Reyna again became the youngest goalscorer in German Cup history. Other than this, Reyna is also the third-youngest player ever to appear in a knockout game of the UEFA Champions League.

In his third league appearance of the 2020–21 season, Reyna assisted in 3 goals and once again became the  first American and the youngest player in the Bundesliga to assist in in a hat trick in one of the 5 major European leagues. In the 2022-23 season, Reyna recovered from a series of injuries only to become the first American player to provide two assists in a Champions League match in a 3–0 win against Copenhagen.

Reyna made it into the United States U15, U16 and U17 national teams before making his debut in the US national team in 2020. he was first included in the senior United States squad for matches against Wales and Panama in November 2020. He thus made his debut against Wales but his first senior goal came in the match against  Panama where he got a free kick and didn’t miss his chance to secure the goal. The US team won the gane with a score of 6-2.

Recently during the 2022 FIFA World Cup qualification match held at Estadio Azteca in March 2022, Reyna dribbled past 6 Mexican defenders in a single run before being dispossessed. This move of reyna earned him a comparison to Diego Maradona’s “Goal of the Century” run during the quarter-finals of the 1986 World Cup. The match was alsoheld at the Azteca.

As a part of the team and an individual, Reyna is the recipient of the following honors:

What is the net worth of Giovanni Reyna in 2023?

Who is Giovanni Reyna father?

What is Giovanni Reyna rating in FIFA? 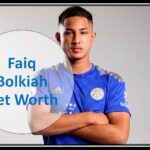 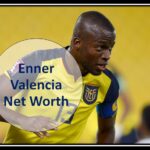 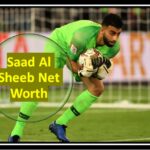 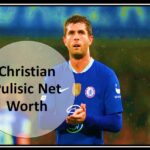 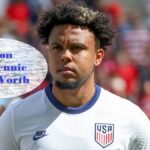 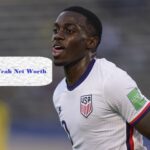