Marques Brownlee has emerged as an Internet superstar with his immensely popular YouTube channel, Marques Brownlee. Known professionally as MKBHD, Brownlee gained popularity for his technology-based, gadget-focused channel, also previously named as MKBHD, where he provides reviews of everything from video games to drones to smartphones. Marques has been able to score interviews with tech icons such as Bill Gates, Mark Zuckerberg and Elon Musk, discussing the future of technology with them and much more. His video was even selected as winner of a nationwide contest to promote Tesla’ new Model S electric car. Brownlee also runs his own podcast Waveform and is the WFDF Frisbee World Champion in Open Category 2022. Check out Marques Brownlee Net Worth 2023 and other interesting details about him in this post.

Marques Brownlee Net Worth as in 2023

Marques Brownlee started making tech videos when he was just 15 years old and in high school. For their accurate description and immaculate technical specification, his videos began gaining popularity. Thanks to his super successful YouTube channel, Brownlee soon turned his success into amazing net worth. Marques Brownlee Net Worth 2023 stands at around $40 million and his annual income is expected to be about $8 million. YouTube is the primary source of Marques’ income.

Marques Brownlee was born on 3 December 1993 in Maplewood, New Jersey to Jeaniene and Marlon Brownlee. He has a younger sister name Simone. Marques graduated from school in 2011 and completed his college in 2015 only to become a full-time YouTuber. From his own earnings, Brownlee bought a Tesla Model S P100D, which he occasionally featured in his channel. He replaced it in 2020 with the Performance (Raven) Model S and again in 2021 with the Model S Plaid. Marques is currently in relationship with his long time girlfriend Nicole “Nikki” Hair.

Career & Success as a YouTuber

Brownlee joined YouTube in 2008 where he uploaded technology videos and provided reviews of products that he already owned. His way of assessing tech products was quite unique and innovative and Marques tasted worldwide popularity for his review and scratch test of iPhone 6 uploaded in 2014. The video was featured on The Verge, Forbes, HuffPost, CNET and Time Magazine and also made appearance on NBC News. In 2023, Marques is one of the most subscribed technology-focused YouTube channels with more than 10 million subscribers. Check List of top 15 Youtubers in the world

MKBHD also owns another YouTube video series titled Talking Tech where he had interviewed major tech tycoons including Mark Zuckerberg, Bill Gates, and Elon Musk. As of 2020, he has uploaded more than 1300 videos on his YouTube channel and is the most subscribed-to technology-focused YouTube channel according to Socialblade. Marques also runs a tech-based podcast ‘Waveform: The MKBHD Podcast’ with his friend Andrew Manganelli.

His reputation as a credible tech reviewer has earned Brownlee the opportunity to interview renowned personalities on his channel. Here are some popular interviews hosted by Marques Brownlee on his channel ‘Talking Tech’.

Marques had been featured by Forbes in their different lists since 2017. In 2017, he was included in the Top Influencers – Technology / Business list and in 2021 he made his name in 30 Under 30 – Social Media list. Marques ranked 18 in the Forbes Top Creators in 2022.

What is the net worth of Marques Brownlee in 2023?

What does MKBHD stands for?

Is Marques Brownlee a Millionaire?

With a net worth of $40 million, Marques Brownlee is surely a millionaire. 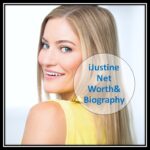