Kim Soo-hyun is a well-renowned movies and drama hero from South Korean. He is the highest-paid actor in South Korean and also the richest Korean actor in the world. An introvert as a child, Soo-hyun took acting classes to eliminate his shyness and turned out to be the most popular actor not just in Korea but his popularity has increased among other countries of Asia and worldwide. From starting his career with the television drama Dream High to work in the top-grossing films The Thieves (2012) and Secretly, Greatly (2013), Kim has enjoyed his career thoroughly with so much more still to look forward too. In the industry he not only has made name and fame for himself but has accumulated a significant amount of wealth as well. Kim Soo-hyun net worth 2023 stands at around $117 million amking him the wealthiest actor of Korea.

Soo-hyun was born in Seoul, South Korea on February 16, 1988 to Kim Chung-hoon (father) and Kim Ji-yeon (mother). His was the lead singer of the 80’s band “Seven Dolphins” and his mother a homemaker. To help Kim overcome his shy and introverted personality, his mother encouraged him to take acting classes during his school time and that when the actor’s passion for acting began.

Kim Soo-hyun is currently not married. Although some speculations were made in the last few years that Soo-hun might be secretly married his co-star and girlfriend Seo ye Ji, turned out they were all false.

Kim Soo-hyun’s first major acting role came with the stage play of Shakespeare’s comedy A Midsummer Night’s Dream. He also worked in the musical Grease and tragedy Hamlet and gradually emerged to become one of the brightest stars in East Asia. His role as a country bumpkin turned musical genius in the teen-age drama ‘Dream High’ made Soo-hyun a household name in South Korea. His popularity further sky-rocketed in 2012 when he starred in the drama ‘Moon Embracing the Sun playing the role of a young king Lee Hwon. The show achieved a peak recorded viewer rating of 42.2 per cent and earned the ‘national drama’ status.

Other than popular series, Kim Soo-hyun has also worked in multiple movies, some of which are the highest-grossing movies of South Korea. Check out some of the best works of Soo-hyun comprising of both his hit movies and TV shows.

Kim Soo-hyun started his career with the Korean drama Dream High and gained immense popularity from the show. Other than Dream High, there are many other super hit series and movies in which Kim has worked and has earned numerous awards and accolades for his performance. Below here we have mentioned only a few of the many awards won by Kim Soo-hyun. Forbes has also included the actor in its Forbes Korea Power Celebrity 40 list and 30 Under 30 Asia list

Question 2: Who is the richest Korean actor in the world?

Question 3: What movie did Kim Soo-hyun make the most money? 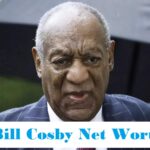