Megan Thee Stallion grabbed the attention of people when her videos of freestyling started blowing up on social media. Today, she is one of the richest rappers in the world.

Megan Thee Stallion net worth 2023 is estimated around $8 million. She is an American rapper who was born on February 15, 1995 in San Antonio, Texas, United States. People also call her with names like Meg Thee Stallion, Tina Snow, Hot Girl Meg , and Hot Girl Coach.

Megan Thee Stallion has been dominating the rap charts and hip-hop since she released a 10-song extended play “Tina Snow” in 2018 under 1501 Certified Entertainment. In the following years, she further released various amazing tracks, extended play and mixtape including “Savage”, “Big Ole Freak”, “Fever”, Suga etc. which gave her an amazing fame.

She further received various accolades, including 3 Grammy Awards, 5 BET Hip Hop Awards, 6 BET Awards, 2 MTV Video Music Awards, 4 American Music Awards, and a Billboard Women in Music Award. She was also listed in the 100 most influential people in the world 2020 released by Time.

Most of Megan’s earnings come from her music. She released her first debut studio album “Good News” in the year 2020. Her extended play Suga (2020) and the mixtape Fever (2019) were charted in the top ten of the Billboard 200.

As of 2023, the net worth of Megan Thee Stallion is calculated $8 million. Today, she is counted among the richest rappers across the world.

Her mother Thomas rapped under the name “Holly-Wood” and she used to bring Megan with her during her recording sessions. Her mother moved to Pearland when Megan was just 14 years old. She lived there until she became 18 years old.

Megan attended Pearland High School and then she graduated in the year 2013. While studying at Prairie View A&M University, she started uploading her freestyling videos on social media. One of her clips where Megan was battling against male opponents went viral on social medial.

She further graduated with a Bachelor of Science in health administration on December 11, 2021. People used to call Megan Jovon Ruth Pete “stallion” due to her thick body frame and height and then she adopted her stage name “Megan Thee Stallion”.

Megan Thee Stallion had launched a nonprofit foundation named “the Pete and Thomas Foundation” on February 15, 2022 in honor of her later father and mother Joseph Pete Jr. and Holly Thomas. This foundation helps need people from underserved communities in Texas, and Houston with housing, education, health, and wellness needs.

Megan Thee Stallion Sibling: She doesn’t have a sibling.

Megan Thee Stallion Marriage: She is still unmarried. However, she announced her relationship with her fellow rapper Pardison Fontaine on February 19, 2021.

Megan Thee Stallion’s Dogs: She owns six numbers of dogs including three French bulldogs, a Merle Dog, a Pitbull, and a Cane Corso. French Bulldog is counted among the world’s most expensive dogs.

It was April 2016, when Megan Thee Stallion released her first single “Like a Stallion. Later she released Rich Ratchet in 2016 and Megan Mix in 2017. She made her professional solo debut with the EP Make It Hot. She further released the song “Stalli (Freestyle)” in the year 2017 which was a redraft of late musician XXXTentacion’s “Look at Me!”.

In November 2018, 300 Entertainment signed Megan Thee Stallion as her first female rapper. Megan Thee Stallion then released “Big Ole Freak” on January 22, 2019 which was charted at number 99 on the Billboard Hot 100. In the same year, her second mixtape “Fever” was released on May 17, 2019.

On August 9, 2019, Megan Thee Stallion featured American rapper Nicki Minaj and singer Ty Dolla Sign in her single “Hot Girl Summer” which was charted at number 11 on the US Billboard Hot 100.

Megan then worked with singer Normani in the single “Diamonds”. She later released several amazing tracks and albums including Suga, “B.I.T.C.H.”, Good News, and many others. She became the brand ambassador Revlon in August 2020.

Here is the list of top 10 tracks of Megan Three Stallion:

Megan Thee Stallion net worth 2023 is calculated around $8 million. Have a look at her house and car collection:

Megan Thee Stallion Cars: She has an amazing car collection and we have shared the same below:

What is Megan Thee Stallion net worth 2023?

Who is Megan Thee Stallion in a relationship with?

What is the age of Megan Thee Stallion? 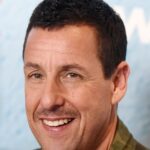 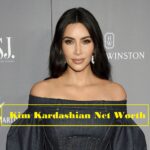