Tom is one of the greatest NFL player and probably one of the best quarterback in NFL history. In his career spanning more than 2 decades now, he has played with two teams- New England Patriots (2000 – 2019) and Tampa Bay Buccaneers (2020 – present). He was a major contributor to the success of New England Patriots and after joining Tampa Bay Buccaneers, Brady is on the path to do the same for his new team. For his contribution to the sports, he is also awarded with a handsome salary of around $30 million thus making one of the richest NFL players. Tom Brady net worth 2023 is estimated around $250 million.

Brady and his wife, Gisele Bündchen, were considered one of the most successful celebrity power couples, until their recent divorce in October 2022.

Both couple have enjoyed success in their fields, Bündchen being one of the most successful supermodels and Brady, one of the greatest quarterback.

The couple has owned several homes in the past together and is known for taking lavish trips around the world.

Thomas Edward Patrick Brady Jr. was born in California to Galynn Patricia and Thomas Brady Senior. His interest and passion for football began to develop in the 80s when he started regularly attending San Francisco 49ers games at Candlestick Park. Brady was a fan of quarterback Joe Montana and calls him his idol and inspiration. Tom played football, basketball, and baseball in high school.

Brady began dating Brazilian model Gisele Bündchen in December 2006 and got married on in 2009, in California. Together, they have two children- a son, Benjamin Rein Brady and a daughter, Vivian Lake Brady. In October 2022 the couple got divorced. Tom has another son, John Edward Thomas Moynahan, from his former girlfriend and actress Bridget Moynahan.

Brady’s football career started as a backup quarterback for Padres junior varsity team. His performance in college was only average with an unimpressive NFL Scouting Combine performance. As a result, Brady was selected only in the sixth round of the 2000 NFL Draft by the New England Patriots and 199th overall. Recalling this experience, Brady almost cried in an interview as it was not such a great start for his career but at least he didn’t have to work as an insurance salesman.

Other than a star NFL player, Brady is also a real estate investor and has purchased and sold many properties in his lifetime. Some mansions he owned alone while many more he bought together with his former wife Gisele Bündchen. Their recent home was  a gorgeous, five-bedroom, five-bathroom 5,000-square-foot waterfront estate on Indian Creek Island, Miami which the couple bought for $17 million. The couple also bought a multi-million dollar new ship – “Viva La Vida.” Other than this, Brady has owned many real estate properties and had earned good dollars through property investment as well.

Brady and Bündchen owned a custom-built $20 million mansion in Los Angeles that consisted of five-bedroom, nine-bathroom limestone house is surrounded by an actual moat filled with koi fish. They sold the estate in 2014 to Dr. Dre for a reported $40 million.

The 3,310-square-foot condominium that the couple purchased in 2014 for $11.7 million was another great example of Brady’s lifestyle. The condo has three-bedroom, three-and-a-half bathroom, two private elevators that open into an art gallery, an open living and dining room, a kitchen with a large wine cooler and a media room.

In 2013 itself, Brady and Bündchen purchased a glassy skyscraper condo for $14 million and also purchased the Brookline estate for $4.5 million, according to the Boston Business Journal.

In the list of Brady’s lavish properties, next comes his limestone and granite house that he purchased in 2006. The place had six fireplaces, a limestone gate, a butler’s pantry, a parlor, a library, a sewing room and a billiard room.

Brady bought his 3,412-square-foot, three-bedroom, three-and-a-half bathroom condo for $4.1 million in 2004 and sold it for $5.3 million in February 2008 which was among the initial real estate dealings of Tom Brady.

When did Tom Brady and Gisele Bündchen got divorced?

The divorce of Tom Brady and Gisele Bündchen was finalized in October 2022.

What is the net worth of Gisele Bündchen in 2023? 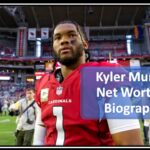