Football is one of the most loved games in the world and the United States has its own popular league known as National Football League. Players in this league are considered some of the best and rewarded with a fortune for performing well in these games. Many such players have garnered a fortune over years playing for the NFL. You will be surprised to learn that most of the richest NFL players have played Quarterback position for their team. This article presents a list of 15 richest NFL players in the world 2023-2024 along with other basic information about them.

Now that you know who the world’s richest NFL players are, what are their net worth, and the position they played, etc, let us learn a little bit more about them in detail.

Roger Staubach was a professional NFL player for 11 seasons and is currently the richest NFL player in the world 2023. Roger has had a dazzling career in football and is known by different nicknames including Roger the Dodger, Captain America and Captain Comeback. He is often respected as one of the best quarterbacks of all time.

Thomas Edward Patrick Brady Jr. or Tom Brady is a celebrated NFL player and one of the greatest quarterback of all time. For the first 20 years of his career, Brady played for New England Patriots and has been with Tampa Bay Buccaneers since 2020. Tom Brady is the world’s second richest NFL player in 2023 and has a net worth of $250 million.

With a net worth of $220 million, Steve Young is the fourth richest NFL player in the world in 2023. He has played 15 seasons with NFL and was also a member of USFL (United States Football League) for 2 seasons. During his career as an NFL player, Steve Young has won many accolades and set many records.

Winner of multiple awards Sports Illustrated Sportsperson of the Year, AP Athlete of the Year, Maxwell Award, etc, Drew Brees is a notable NFL player in the world. Drew has played for 20 seasons in NFL and holds the record of consecutive games with a touchdown pass. In 2023, his total net worth is $160 million.

Eli Manning is the son of former NFL player Archie Manning and younger brother of Peyton Manning. Eli himself has been an excellent NFL player for 16 seasons and played with the New York Giants. Eli has a net worth of $160 million in 2023 and is one of the 15 richest NFL players in the world 2023.

Joe Montana, also known as Joe Cool, is a former NFL player regarded as one of the greatest of all times. Montana has played 16 seasons in NFL and earned various awards and accolades throughout his career. His popular nickname includes Comeback Kid, Golden Joe, Bird Legs and Big Sky.

Elway once hold the record for most victories by a starting quarterback and is one of the most prolific passer in NFL history. While playing for his college Stanford, Elway set many records in the game and also gave many notable performance in NFL. He is one of the richest NFL players with a net worth of $145 million.

Brett Favre made a record when he obtained 70000 yards, 10000 passes, 6000 completions, 500 touchdowns, 200 wins and victories over all 32 teams. Throughout his career, Favre was an amazing football player and is regarded as one of the greatest in history. He has played for NFL for a total of 20 seasons.

See: Richest Footballers in the world

Ben Roethlisberger, or Big Ben as you might know him, ranks at tenth place in the list of top 15 richest NFL players in the world 2023. He has played in the NFL for 18 seasons and made many records in the game. A big fan of John Elway, Ben is often compared to his idol for his game.

With a net worth of $90 million, Carson Palmer is the last player to be featured in the list of 15 wealthiest NFL players of 2023. Carson played in NFL for 15 seasons but had to retire early in 2017 after spending much of the year on injured reserve. Before retirement he was a player with Arizona Cardinals

Matthew Thomas Ryan is an American football quarterback where he currently plays for Indianapolis Colts. Matt made his debut in NFL with Atlanta Falcons and remained with them for 14 seasons before coming to Indianapolis Colts. His fans has nicknamed him Matty Ice for always acting cool under pressure.

Having only played for 9 seasons, Sam Bradford was able to leave his mark on NFL and also become one of the wealthiest players of the world. For his last season, Sam was signed by Arizona Cardinals but was later released due to inefficient performance. As in 2023, Sam Bradford has a net worth of $70 million.

Started his career as a back role for Dallas Cowboys team, Tony Romo soon became their star player owing to his startling performance in the game. He made many records in the team but had to retire from the game due to back injury. The former player now works as the lead analyst at CBS TV network.

Michael Strahan is a former NFL player who currently works as a television personality and journalist. He was a defensive end player who played for the team New York Giants. One of the richest NFL players, Strahan does charity work that benefits youth and community development among other causes.

Who is the richest NFL player in the world in 2023?

What is NFL (National Football League)?

What is the total net worth of Tom Brady? 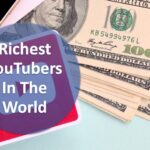 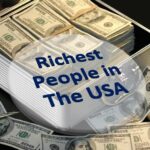