Get complete details about net worth of Adam Sandler in 2023, his income, assets, investments, salary, fees and other major details.

Sandler is an iconic performer when it comes to comedy and he has shown his talents well in Saturday Night Live and many other comedy movies. The comic skills combined with the acting skills of Sandler have made him one of the most sough-after actors in Hollywood cinema. A star in numerous movies, Adam Sandler movies have collectively earned more than $4 billion at the box office. Let us learn a little bit in detail about Sandler, his net worth, biography, filmography, etc.

Adam (full name Adam Richard Sandler) was born in Brooklyn, New York in September 9, 1966 to Stanley Alan Sandler and Judith Levine. His father was an electrical engineer and his mother was a teacher at a nursery school. He has one brother (attorney) and two sisters (dentist and waitress). Sandler belongs to Russian Jewish descent and is a proud Jewish.

Since 2003, Sandler has been married to Jacqueline “Jackie” Sandler who also converted to Judaism upon her marriage. Together they both have two daughters, Sadie and Sunny. His wife and children often make appearances in his films.

Sandler realized his talent as a comedian when he started working as a stand-up comedian at a Boston comedy club at just the age of 17. Adam got a recurring role of Smitty on The Cosby Show (1984) while still in freshman year of his college, his first serious role as a comic actor. He was spotted by actor and comedian Dennis Miller while performing at a comedy club in Los Angeles who strongly believed that Sandler was a great talent. Dennis recommended Sandler to Saturday Night Live producer Lorne Michaels who casted him the show in 1990. He performed in SNL from 1990 to 1995 for which he also acted as a writer.

After SNL, Adam got wide popularity and comic roles started pouring down with hit movies like Billy Madison, Happy Gilmore, The Waterboy and many more. Other than acting, Sandler also writes and produces many of his films. He has also composed songs for several of his movies and his many songs have been placed on the Billboard charts.

Sandler has acted in more than 80 movies in total in his acting career of five decades. Below here is a brief filmography of Adam Sandler along with the year of release.

Despite being one of the richest actors in Hollywood, Sandler owns only a few houses and just three cars. However, his houses showcase luxury and style and he also owns a few getaway houses. Sandler has houses in Pacific Palisades; Malibu; Highland Beach, Florida; La Quinta, California; and a luxurious mansion in Bel Air, California. In cars, Sandler owns only three Cadillac- a Cadillac escalade hybrid, Cadillac CTS and Cadillac DTS.

See: Richest Actors in the world

Adam Sandler net worth for past 5 years

Here’s the net worth of Adam Sandler for past 5 years:

Is Adam Sandler the richest comedian?

No, Jerry Seinfeld is the richest comedian.

Where does Adam Sandler rank among the richest actors? 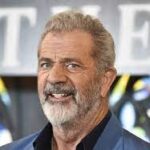 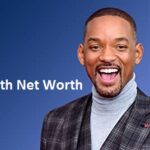 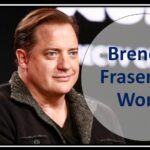