Olympics are the most-awaited international sporting events for athletes all around the world that is held every four years. Athletes from the globe try and qualify for Olympics as winning medals in these events proves to be career changing for them. Not only they earn great popularity but also accumulate significant amount of wealth by sparkling in these events. There are many Olympians who have already achieved so much by being star performers in Olympics. Here in article, we have presented a list of top 10 richest Olympians in the world 2023.

Check below net worth and nationality of top 10 richest Olympians in the world 2023:

Now that you know the world’s richest Olympians, their net worth, nationality, etc, let us learn a little bit more about them in detail.

One of the world’s greatest athletes, Caitlyn Jenner (formerly Bruce Jenner) is gold medal winner in Olympics for decathlon and has also made many world records in the 1976 Olympic Games in Montreal. Jenner is also a well-known media personality with many big business ventures and is currently in the list of top 10 richest Olympians in the world.

Not only the greatest swimmer, with the highest 28 medals in Olympics, Michael Phelps is by far the most successful Olympian of all time. His successful Olympic career along with business ventures has made Phelps one of the richest Olympians of the world. His current net worth stands approximately at $100 million.

Usain Bolt is a renowned sprinter from Jamaica who is eight-time Olympic gold medalist and the only one to win Olympic 100 and 200 m titles at three consecutive Olympics. Considered to be the greatest sprinter of all time, Bolt holds world record in 100 meters, 200 meters, and 4 × 100 meters relay. Apart from being a star Olympian, Bolt is also a successful entrepreneur.

The record for most Olympic gold medals by a snowboarder is held by none other than Shaun White, a celebrated snowboarder and skateboarder. White has won three Olympic gold medalist in half-pipe snowboarding. He holds many other records in his name and with a net worth of around 65 million dollars, he is counted among the richest Olympians of 2023.

Lance Armstrong is a former professional cyclist known for winning the Tour de France seven consecutive times. However, after being found involved in a doping conspiracy, he was stripped of all titles but his riches still remain with him. He also participated in the 1996 Olympic Games where he finished 6th in the time trial and 12th in the road race.

Alan Pascoe is a former hurdles athlete who has shown his talent in the Olympic Games, the European Championships, and the Commonwealth Games. He won silver medal in the 1972 Olympics in 4 × 400 m Relay and is the winner of other medals as well. Other than being a successful athlete, he is also successful in events marketing and consulting.

A well-known figure skater Scott Hamilton has won a gold medal in the 1984 Olympics and is the recipient of standing ovation by the viewers for his ultimate performance in 1981 U.S. Championships. Scott is also a major philanthropist, a skating commentator, an author and has made television appearances as well.

Eddy Merckx is considered among the most successful cyclists of all times and has won multiple Grand Tours, Stage races and many other major tournaments. He also participated in the men’s road race at the 1964 Summer Olympics and finished in twelfth position. Eddy is known by the nickname ‘The Cannibal’ given by the daughter of a teammate.

Jan Ullrich is the winner of gold and silver medals in the 2000 Summer Olympics and has won many other major tournaments in his career as a professional cyclist. Also a successful businessman, Ullrich has developed his own Jan Ullrich Collection bicycles. He ranks ninth in the list of top 10 richest Olympians in the world 2023 with a net worth $20 million.

Carl Lewis is one of the most celebrated Olympians with 9 gold and 1 silver medal and 10 other world championships. His performance as a track and field athlete has earned him numerous awards including ‘World Athlete of the Century’ by the International Association of Athletics Federations, ‘Sportsman of the Century’ by the International Olympic Committee, and many others.

Who is the richest Olympian in the world 2023?

Who has won the most medals in Olympics?

What is the net worth of Usain Bolt? 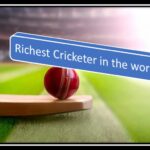 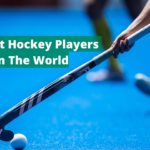 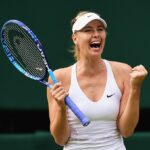 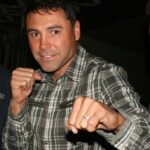 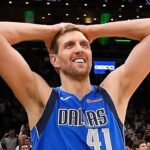