Boxing is an intense sport in itself, but the platform of heavyweight boxing gets more extreme and violent when these 200-pound boxers step into the ring. These men have broken records and created history, forever holding a place in their true fan’s hearts. Today we will rank some of the greatest boxers in history that dominated the heavyweight scenario. Let’s have a look at the top 10 heavyweight boxers of all time. When you hear the word boxing, the golden era of Muhammad Ali’s reign comes to mind. He is one of the most influential and most recognizable names in boxing history worldwide. He was a three-time World Heavyweight champion and also bagged a gold in the 1960 Summer Olympic Games. When found guilty of draft evasion as he refused to fight in the Vietnam war, Ali was stripped of his heavyweight title and was suspended for four years.

He fought in some of the most historic boxing matches like the one with Joe Frazier which was called the Fight of the Century. Ali lost the match but regained his heavyweight title in the year 1974 by defeating George Foreman. He remains one of the most significant and celebrated athletes to this day. After a rough childhood, Foreman rose to prominence after he learned amateur boxing and went on the win a gold medal at the 1968 Summer Olympics in the heavyweight division. In the upcoming year, he bagged the world heavyweight title with an impressive second-round knockout, defeating the legendary Joe Frazier.

One of his most notable fights includes the one against Muhammad Ali in the 1974 “Rumble in the Jungle”. Foreman became the oldest wrestler to win the heavyweight championship at 46 after defeating the 26-year-old Michael Moorer. He was undoubtedly one of the most dominant boxers of all time and retired in the year 1997. If it wasn’t for his controversial life outside the ring, Tyson would have gone down as the greatest boxer of all time. The nicknames “Kid Dynamite”, “Iron Man”, and “The Baddest Man on the Planet” reflected his electric persona in the ring. One of his most controversial matches led to him being disqualified after he bit Evander Holyfield’s ear that was strong enough to take off a piece of his flesh.

Aside from the controversies, Tyson held the record for being the youngest boxer in history to win a heavyweight title. He reigned as the world heavyweight champion from 1987 to 1990 and was the first heavyweight boxer to hold the WBC, WBA, and IBF titles all at once. So there’s no doubt Tyson is considered one of the greatest heavyweight boxers in history. Frazier endured one of the most fruitful careers in professional boxing history. He bagged a gold medal at the 1964 summer Olympics and was an undisputed heavyweight champion from 1970 to 1973. He defeated many top opponents and emerged as the top contender in the 1960S. The only four losses he ever had came from two of the greatest fighters of all time, Muhammad Ali and George Foreman.

Frazier earned the heavyweight title after Ali’s suspension. But Ali made a comeback and was defeated by Frazier in the notorious “Fight of the Century” on 8th March 1971. He retired in 1976 after losing the title to George Foreman twice. He was inducted into the World Boxing Hall of Fame and the International Boxing Hall of Fame. One of the most determined personas of all time represented the United States as an amateur at the 1984 Summer Olympics and won a bronze medal in the light heavyweight division. After turning professional at the age of 21, his career saw new highs. He won his first world championship after defeating Dwight Muhammad Qawi for the WBA title.

He went on to win the WBC and IBF titles, thus becoming the undisputed cruiserweight champion. He claimed his first WBA, WBC, and IBF heavyweight titles after defeating Buster Douglas in the year 1990. After being forced to retire in 1994 because of a medical condition, he returned in 1996 and defeated Tyson to reclaim the WBA title in a match that was probably the most notable in Holyfield’s career. It was regarded as the Fight of the Year. Nicknamed “The Real Deal”, Holyfield was truly one of the most timeless champions in boxing history. Lewis was the dominant heavyweight of the 1990s with solid wins over some of the best wrestlers. Lewis won several regional heavyweight championships like the European, British, and Commonwealth titles. He secured the number one position in WBC rankings after defeating Donovan Ruddock in 1992. He was declared the WBC heavyweight champion after Riddick backed off and defended the title three times before losing it to Oliver McCall in 1994.

But being the beast in the ring that he is, he reclaimed the title in the year 1997. Lewis is a two-time lineal champion and a three-time world heavyweight champion. In 2002, he defeated the legendary Mike Tyson in one of the most highly anticipated battles in boxing history. Lewis is often regarded as one of the greatest heavyweight boxers of all time. 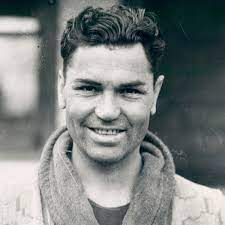 Becoming the first boxer to set a million-dollar gate, Dempsey became a fan favorite. His violent fighting style and power punches led him to gain massive popularity. He also encouraged the live broadcast of sports and boxing in particular.

One of his most notable fights includes the one with Luis Angel Firpo, where Dempsey knocked him down 7 times, blasted through the ring with rage, and then clocked back to knock out Firpo. On The Ring magazine’s list of all-time heavyweights, Dempsey holds the 10th position and 7th position among the Top 100 greatest punchers. He was inducted into the Boxing Hall of Fame as well. In a career that lasted 8 years from 1947 to 1955, Marciano left quite a mark on boxing history. He held the world heavyweight title from 1952 to 1956, being the only heavyweight champion who finished his career remaining undefeated. Famous for his fighting style, daunting punching power, and exceptional stamina, he is known to be one of the greatest heavyweight champions of all time.

Marciano holds the highest knockout-to-win ratio in the world heavyweight title at 85.7% and is the only fighter so far to have defeated every opponent he ever faced for the heavyweight title. Marciano was placed at the 14th position in The Ring magazine’s list of 100 greatest punchers of all time. Growing up in Easton Pennsylvania got Holmes the nickname “Easton Assasin.” Holmes held the WBC heavyweight title from the tear 1978 to 1983. His left jab was the most talked-about move and was often rated the best in heavyweight boxing history. He also held the Ring magazine and lineal heavyweight titles from 1980 to 1985. He is the only boxer in history who has defeated the legendary Mohammad Ali by stoppage and the only one left alive to have defeated Ali.

During his career, Holmes won his first 48 professional boutsand ended his career with a record 69 wins and 6 losses. He is often ranked as one of the greatest heavyweights of all time. Holmes has been inducted into the World Boxing Hall of Fame and the International Boxing Hall of Fame. 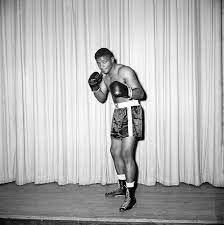 Patterson reigned as the world heavyweight champion between 1956 and 1962. He bagged a gold medal at the 1952 Summer Olympics in the middleweight division and was the first Olympian to win a heavyweight title. He became the youngest boxer in history to win the heavyweight title, beating Moore by a knockout in five rounds, just at the age of 21. He was also the first-ever heavyweight to regain the title after losing it.

Patterson soon turned professional and rose through his ranks and was ranked as the top heavyweight contender by The Ring magazine. Analyzing all his accolades, he was voted the Fighter of the Year by the Boxing Writers Association of America and The Ring magazine. In the year 1991, he was inducted into the International Boxing Hall of Fame.