India’s cement industry is a major one. The industry is categorized as a large-scale business. India is the second-largest producer of cement in the world. Here in this post, we want to construct a list of the top 5 largest cement firms in India.

Infrastructure, commercial building, and industrial construction are the other significant users of cement, accounting for 13 percent, 11 percent, and 9 percent, respectively.

Essentially, the construction sector is the primary driver of demand for cement. About 67% of India’s overall consumption is accounted for by this industry.

There has been tremendous growth in India’s real estate industries. Additionally, the government’s plan to build 98 smart cities is projected to have a significant impact on the industry.

According to output, the industry is expanding at a rate of 5 to 6 percent every year. It’s true that the industry is heavily weighted toward a few big players. Intriguingly, the top ten cement manufacturers in India produce more than half of the country’s cement.

Ambuja Cement is among the world’s leading cement producers. Ambuja Cements Limited, the world’s second-largest cement brand, was founded in Mumbai, Maharashtra, India, in 1983, according to the study. Gujarat Ambuja Cement Limited was the brand’s initial name, however, it has now been renamed Ambuja Cement.

61.62 percent of the shares in this company are owned by Holcim, a French-Swiss multinational. Holcim is among the world’s largest construction companies, constructing dams, large buildings, roads, and other infrastructure projects. Thus it is one of the Top 5 Cement Companies in India 2023.

The MP Birla Group of Companies, founded in the 1910s by Mr. Ghanshyam Das Birla, is an Indian-based firm that has been in business since then. Cement, textiles, agriculture, telecommunications, and finance are among the many industries served by the firm. Which is distributed over the country.

Our country’s economy would not be what it is today without the contribution of the cement sector. In addition to boosting the country’s economy, the business employs millions of people in need of work.

Shree Cement, which began in Beawar, Rajasthan, in 1979 and now has its headquarters in Kolkata, West Bengal, is one of North India’s top cement manufacturers. Shree Cement is the second-largest cement producer in India, with a market capitalization of $11 billion.

In India, Shree Power Plant is regarded as the country’s largest company that generates power from waste. The company generates between 265 and 300 MW of current electricity. Thus, it is among the Top 5 Cement Companies in India 2023.

Shree Cement is well-known as a low-cost cement manufacturer with high-quality products. Massive structures and swimming pools are built with the help of its cement.

UltraTech Cement Limited, headquartered in Mumbai, is one of India’s leading cement manufacturers. With a factory capable of producing 100 million tonnes of cement, it is the sole cement manufacturer in the world. In India, the firm has 23 factories.

A subsidiary of the Aditya Birla Group, UltraTech Cement Limited manufactures and sells cement. The firm was founded in 1983 and today produces a variety of cement, including one of India’s leading producers of grey cement, which is commonly used in the construction of huge structures. In addition to this, the firm makes white cement and exports it worldwide.

The year was 1946 when Indian Cement Limited was formally created. N Srinivasan, the ICC Chairman, was the driving force behind the initiative. When the first factory was built in 1949, it was located in the city of Chennai, in the state of Tamil Nadu. The business now has seven factories in India, with a combined annual production of 15.5 million tonnes. In addition, Indian Cement Limited is owned by brands such as Sankar Cement, Coramandel Cement, and Raasi Gold.

The Indian Cement Limited is now owned by Chennai Super Kings Cricket Limited, according to the report. and is one of the Top 5 Cement Companies in India 2023.

There are a number of cement production enterprises in our nation that aren’t on this list. They’re also incredibly well-liked in a certain area. We hope this list of the top 5 cement businesses in India will give you some ideas about the sector in India. 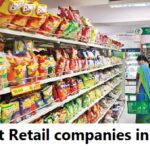 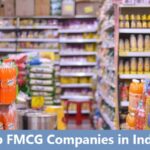 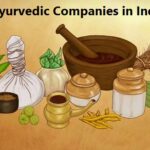 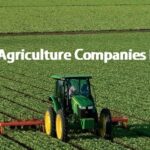 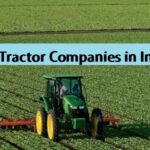 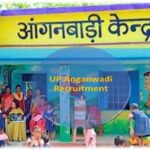