It is very important from the students of UP Board class 10th to be familiar with the UP Board Class 10th Social Science syllabus 2022. This will give students clarity about the different chapters they have to study in a year. The board has designed the syllabus in such a way to give student understanding about history, geography, and economics of the country. Knowing the syllabus is crucial for a making proper strategy for exam preparation.

UP Board Class 10th Syllabus of Social Science 2022

The Social Science syllabus of UP Board 10th Class is divided into 4 units and project work. Before moving on the detailed topics, let’s check out the exam structure of Social science subject as given in the table below.

India and the contemporary world – 2 (History) 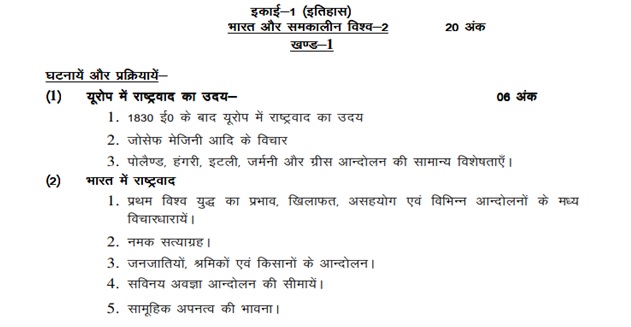 Chapter 1: Resources and Development (Identification of major types of currencies) Chapter I and II

Power Sharing and Fedrelism: Why and how is Power Sharing in Democratic Nations? How the federal sharing of power remain helpful in national unity? Up to what limit decentralization does fulfill this goal? How does democracy combine different social groups? 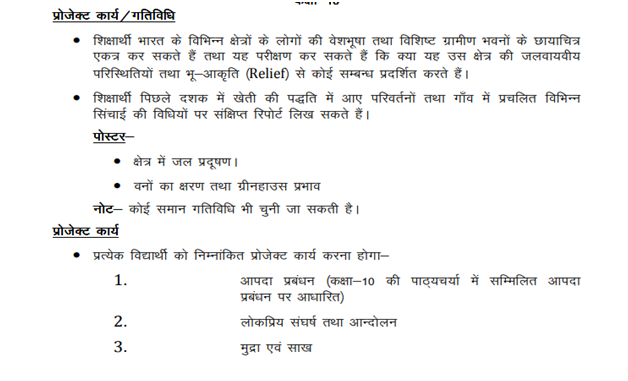