Google estimates that the Indian gaming industry would add 190 million gamers by 2023. But, a gaming job isn’t for everyone. Not if you’re looking for a regular paycheck or a set work schedule. If you’re good at gaming, have some technical expertise, and know what it takes to succeed in this unique job, then you’ll be a good fit for this position.

Twitch.tv, YouTube Gaming, and other live streaming services broadcast these competitions in the same way as cricket and FIFA do. Some of these video game tournaments do not take place online; rather, they are physical events in which competitors face off in front of a live audience in front of their peers. As a result, a career in gaming may not only provide interesting prospects but also allow you to be a part of a global network of specialists.

How to acquire the skills for gaming?

The ESL Gaming Network includes the ESL India Premiership. For games like Mortal Kombat, Brawl Stars, Counter-Strike, Dota 2, FIFA, League of Legends, and many more, it hosts tournaments and championships. Depending on the game or tournament, prize money might range from Rs.10,000 to 1,10,00,000.

ESL India Premiership is an excellent place to begin your gaming career if you’re already an expert in any of these games and want to put in the time and effort necessary to be successful.

For the second year in a row, Neon Gaming Studio (NGS) has been hosting the NGS Championship. One-stop shop for gamers to practice, compete, and earn enticing cash rewards is provided via NGS competitions. Clash of Clans is one of the most popular games for competitions, as is Dota 2, Need for Speed, PUBG, and FIFA 18.

PUBG Mobile India hosts competitive and professional-level PUBG gaming events and competitions in India. Massive cash rewards of up to Rs.50,000, 000 are awarded to the winning teams.

If you’re good at PUBG and want to make a profession out of gaming, then PUBG Mobile India is the place to start if you want to compete in tournaments and championships.

In addition to Kabaddi, Table Tennis, Volleyball, and Football, U Sports is also interested in E-Sports and Motorsports. A multi-platform eSports competition called U Cypher is the company’s ESports franchise.

It arranges tournaments and championship fights for games like Counter-Strike GO, Tekken 7, DOTA 2, etc., with prize money ranging from Rs. 15 lakh to Rs. 51 lakh… It’s an excellent location to start a career in gaming if you’re an amateur or a professional.

One of India’s most popular online gaming platforms is Ultimate Battle. Online video game competitions for mobile, console, and PC players are organized by this service. Aside from that, it provides incredible cash rewards for a wide range of titles, including PUBG, Call of Duty, FIFA 20, Dota 2, and CS: GO. In addition, students who use these gaming networks to improve their talents might go on to have a successful career in gaming.

Consider studying if you are just beginning to consider a career in gaming and want to learn more about your alternatives. Some of the best colleges in India that offer gaming degrees include:

A career in gaming isn’t only about playing games and competing in tournaments; it’s also about making money. There are a wide variety of gaming occupations available, and you too may be a part of this thrilling business.

A game developer is also responsible for testing and evaluating video games, looking for defects and mistakes in the design and programming of the game. It’s not only about designing and developing games that game creators and designers have to deal with.

Developing video games is a difficult process that requires a high degree of creativity and logical thought. Developers include a programmer, an audio and level designer an animator and modeler as well as a software engineer.

A video game tester is just like a professional player in the sense that they play video games on a regular basis. In order to ensure that the video game is error-free, you play the game, finish all levels, and test the game on the basis of user experience, bugs, mistakes, and more. There are several ways you may get involved in the game business as a Game Tester.

When it comes to earning potential and career advancement, a job in the gaming industry is a no-brainer. The amount of money awarded in various championships and tournaments throughout the world tends to be larger.

There are a number of factors that contribute to the quality of a video game’s audio, including the visuals. As a result, video game audio/sound engineers are responsible for creating the complete game’s soundtrack, including all sound effects, ambiances, voice overs, and background music, in accordance with the needs of the game’s creators.

Have you ever seen those images and animations in games that portray an out-of-this-world scenic? Game Animators are the artists that develop, animate, and re-create characters and objects in video games. They produce video game worlds and pictures that are both interactive and animated by fusing technology and the arts.

It’s the job of a video game producer to oversee the whole game-development process, from beginning to end, from concept to completion. These people are a mix of editors, producers, and managers. They are in charge of the project’s overall planning, budgeting, development, editing, and licensing. The producer of a video game is the one who helps the project get to the end of development and onto store shelves.

Designing narrative features, stories, character bios, and other aspects of a video game is the job of a videogame designer. As a result, you may expect to work on the creation of visual game elements including characters, visuals, tools, and weaponry as a Game Designer.

When you play a video game, you’ve probably seen the three-dimensional characters and other visuals. There’s no doubt that these are the work of Games Artists. You would be responsible for creating all of the game’s 2D and 3D visuals as a Games Artist. Characters, cars, backdrops, objects and textures are all included here.

As a lead artist, you’ll be responsible for creating and implementing the video game’s unique graphical style from start to finish. Nearly all of their work focuses on establishing technical and aesthetic standards for video game art. They also pay attention to the design and usability of console interfaces, as well as gameplay features.

One of the newest and most in-demand careers in gaming is that of a video game writer, in which case you’d be responsible for penning the game’s dialogue, plot, and other technical content.

Additionally, you are participating in the creation of distinctive characters and riveting storylines for the enrichment of the video gaming experience. Entering a career as a game writer gives you the possibility to experience a variety of writing responsibilities, as well as to let your imagination run wild.

Typical Salaries in the gaming industry

If you’re interested in a job in gaming but don’t consider yourself a professional player, you might want to hold off on starting your search. Any of the aforementioned professions are open to you. The average monthly compensation for a game developer in India is between Rs. 50,000 and Rs. 1,20,000. Depending on the gaming company, abilities, and degree of competence, salaries and other incentives for a job in gaming might vary greatly.

The video gaming sector in India has grown rapidly in recent years, and it is now considered a legitimate career. Those who are proficient in programming languages have a wide range of career options in the game sector, too.

As family income rises, smartphone accessibility expands in rural and urban regions, and technological systems become more accessible and available, internet penetration, which now stands at 31%, is expected to rise to 53% of the overall population by 2021. As a result, growth in the gaming industry in India is on the horizon. 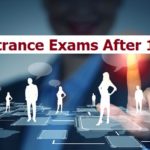 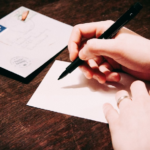 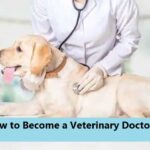 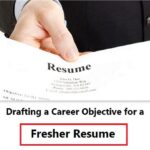 Drafting a Career Objective for a Fresher Resume in 2023? Read this 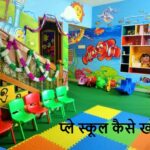 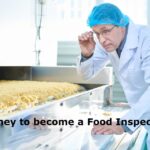