India is a country of festivals and people of Delhi are always eager to celebrate any upcoming festival with great enthusiasm and excitement. Some festivals are marked as public holidays and every bank and schools are closed on that day. Other than this, there can be some regional festivals that might or might not be a holiday. People start planning their day-off once they find out the date on which the national holidays are going to fall. This article presents a list of Delhi Bank Holidays 2023 along with the day and date on which it will be observed.

A list of government holidays celebrated in Delhi 2023 is provided below. Public offices, banks and schools in Delhi remains close on these days. Although, these festivals are national holidays, some institutes or private offices operate on these days too based on their own rules and policy.

Almost every national holiday mentioned in the table above are observed by the schools of Delhi. Other than this, each school has its own rules for holiday. Other than Sundays, some schools provide holiday on Saturdays too, whereas others remain open on Saturdays. Other than this, the schools may also grant Saturday off to some classes (normally primary classes) but they remain open for higher classes. Details of holidays that are observed by a school can be found from the brochure of the school and are also published on their official website.

Republic Day, Independence Day & Gandhi Jayanti: These three are gazetted holidays observed by every bank, school and government organization in Delhi. Republic Day commemorates the day on which India’s Constitution came into effect whereas Independence Day commemorates the day on which India got freedom from the rules of the British. Gandhi Jayanti marks the birth anniversary of Father of the Nation, Mahatma Gandhi.

Maha Shivaratri: Maha Shivaratri is the day on which Lord Shiva and Goddess Parvati got married. As per another legend, in the night of Maha Shivratri, Shiva performs the heavenly dance of creation, preservation and destruction. This day is celebrated with great excitement by the people of Delhi. Schools and banks remain closed on this day and people spend the day offering prayers to Shiva and Parvati.

Holi: Holi is a festival of colors and is one of the major festivals observed in Delhi. People spend the day playing colors and the evening they visit their friends and family. As per the Gregorian calendar, Holi usually falls in the month of March every year.

Good Friday: Good Friday is a Christian holiday that marks the day on which Jesus was crucified. The day succeeding Good Friday are Holy Saturday and Easter Sunday. It is festival of pretty importance for the Christians and is observed as a holiday in banks and schools.

Eid-ul-Fitr: It is a major festival of Muslims and is the day on which they break their one month fast of Ramadaan. The date on which Eid al-Fitr falls is always the same in the Islamic calendar but it varies according to the Gregorian calendar. This day is observed as a holiday in banks and schools.

Dussehra: Dussehra is the tenth day celebrated after Navratri and is a major festival of Hindus. Generally, it is observed in the month of September or October every year. It marks the victory of good over evil and is celebrated with great enthusiasm by the people of Delhi.

Diwali: Diwali is celebrated 20 days after the Dussehra and usually falls every year in the month of October or November. It is festival of Hindus but also of Jains, Sikhs, and Newar Buddhists. Although, the stories behind every religion is different, the festival is celebrated with high excitement and is a national holiday.

Christmas: Christmas is a Christian festival and a national holiday in Delhi which marks the birth anniversary of Jesus. Every year, this day is celebrated on 25th of December. Traditions like visiting family, exchanging gifts, putting socks under the bed, etc are some practices followed on Christmas.

How to spend holidays in Delhi?

When in Delhi, there are so many ways to spend holidays with friends and family. It is undoubtedly a good way to watch the day at home with family watching movies but if you want to go for an outing, there are many places you can visit like Hauz Khaas and Chandni Chowk both of which are historical sites along with major shopping centers. One can also go and see monuments like Qutub Minar, Red Fort, India Gate and many more. There are also many gardens and parks which would make a great spot for picnic. On the day of fasting, there are many temples to visit as well like Kalkaji Mandir, ISKON Temple, Chhatrapur Temple, etc. Check out a list of places to visit in Delhi when in the mood of celebrating the holiday outside. 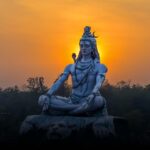 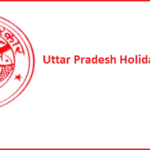 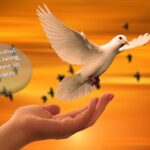