There are a total of 8 national political parties in India and Bharatiya Janata Party (BJP) is the party in center. Any party that wins 2% of seats in the Lok Sabha from at least 3 different States can qualify as national party. Additionally, if a party polls 6% of votes in four States at a General Election to Lok Sabha or Legislative Assembly, secure 4 Lok Sabha seats and is recognized as a State Party in four or more States, it can be registered as a national party.

The table provides the list of all National Political Parties in India in 2023 along with their symbol and the date of establishment.

The table provides the list of all State Political Parties in India in 2023 along with their states and year of establishment.

Note: A party that fails to win any seat in a general election to the Lok Sabha or Legislative Assembly of the State, it can still be identified as State Party if it secures a minimum of 8% of the total votes.

Can any political party contest in elections?

Political parties that wish to contest local, state or national elections are required to be registered with the Election Commission of India (EC).

How many political parties are there in India in 2023?

According to Election Commission of India, there are 8 national parties, 52 state parties and 2796 unrecognized parties in India.

How is the status of any political party defined?

The number/ status of national, state and regional parties increases or decreases on the basis of their performance in the elections. 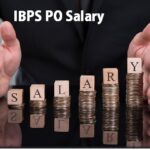 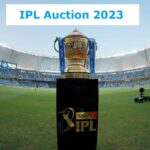