A good actor is the heart and face of a movie but a good director is the soul that puts life into a movie. There are some directors in the Hollywood film industry who changed the very landscape of cinema with their unique and able directorial skills. Not only have they earned fame and recognition all over the world but they are also among the wealthiest people in the industry. This article presents a list of top 12 richest directors in the world 2023 along with some basic info about them.

These directors have already produced many highest-grossing films worldwide. As of now, George Lucas is the richest director in the world with his net worth estimated around $7.62 Billion.

World’s richest directors list 2023 along with information regarding their net worth and others are provided below:

Now that you know the list of richest directors in the world, their net worth, nationality, etc. Let’s know more about these directors.

George Lucas is none other than the renowned director of the super hit franchises Star Wars and Indiana Jones. One of history’s most financially successful film director, George’s movies has always been among the highest-grossing of their era. He has also been nominated for four Academy Awards and is considered a very significant persona in the industry.

Steven Spielberg is one of the most decorated film directors of this time that we know as new era of Hollywood. Winner of three Academy Awards, a Kennedy Center honor, a Cecil B. DeMille Award, and an AFI Life Achievement Award, Spielberg several works are considered as greatest films ever made. His movies are also the highest-grossing of their time.

Peter Jackson is the maker of famous Lord of the Rings trilogy and the Hobbit trilogy. His other notable work includes Heavenly Creatures, They Shall Not Grow Old, Mortal Engines, The Beatles: Get Back, etc. For The Lord of the Rings: The Return of the King, last movie of the franchise, Jackson even win three Academy Awards.

Tyler Perry is a renowned theatre director who turned into a Hollywood superstar filmmaker. He is known as the creator as well as performer of the famous Madea character, defined as a tough and smart elderly African-American woman. Forbes has named Tyler the highest-paid man in entertainment twice is also one of the richest actor/ director in the film industry.

James Cameron is a veteran filmmaker who has been in the industry from 70s and has given major hits in the form of The Terminator, Aliens, Titanic and Avatar. The movies Avatar and Titanic are respectively the highest and third highest-grossing films of all time, making Cameron one of the richest directors in the world.

Michael Bay has given the industry movies like Transformers, Armageddon, Pearl Harbor and many horror movies sequels including The Texas Chainsaw Massacre, The Amityville Horror, A Nightmare on Elm Street, etc. With a net worth of around $450 Million, Michael ranks sixth in this list of top 10 richest directors in the world.

Francis Ford Coppola has spent six decades in the Hollywood film-making industry and this legendary director has still some good movies under direction. For his praiseworthy directorial skills, Coppola has been presented with numerous awards including five Academy, six Golden Globe, two Palmes d’Or and a British Academy Film Award. His top movies include The Godfather, Bram Stoker’s Dracula and The Rainmaker. Today, he is one of the richest directors in the world in 2023.

Ridley Scott is another Hollywood director who has been in the industry for sixty years and has given major hits such as Alien, Blade Runner, The Martian, Thelma & Louise and Gladiator. He has some kind of expertise in making movies set in a period or time and is known for strong female characters in his movie. Scott has won an Academy for his movie Gladiator.

Christopher Nolan is one of the most successful directors of the industry with his movies nominated for 36 Oscars and won 11 times. Nolan gained international recognition only with his second film and found ultimate success with The Dark Knight Trilogy. His other commercial hits include Prestige, Inception, Interstellar, Dunkirk and Tenet.

Ron Howard is a popular American director, screenwriter, producer, and an actor. He got national fame after his role as Opie Taylor in the sitcom ‘The Andy Griffith Show’. Later, he wrote, directed, and produced many films including The Paper (1994), the thriller Backdraft (1991),  Splash (1984), Night Shift (1982), among others.

Guy Ritchie net worth is estimated around $155 million. He is a well-known producer, screenwriter, and director. His wife Madonna is counted among the richest singers around the world (the couple got divorced in 2008). His best works as a director includes directed Sherlock Holmes: A Game of Shadows, Sherlock Holmes and its sequel,

Who is the richest director in the world 2023?

Which is the highest-grossing movie of Steven Spielberg?

What is the net worth of George Lucas? 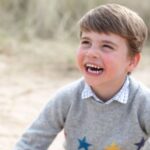 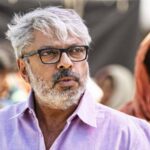