In this digital era, computers and smartphones are becoming a paramount part of our day-to-day lives. Be it office work, school work, Or personal work, we spend most of our time looking into a screen and connecting to the internet.

But have you ever wondered what will happen if something inside your phone Or computer constantly leaks your personal data? Or hinders the software of the system?

It can be done by Malware. Malware is the most dangerous software that disrupts, damages, Or gets unauthorized access to your computer. There are many types of malware that have specific ways to harm your computer— Viruses, worms, Trojans, Spyware, Adware, ransomware.

So how to get rid of malware? How to prevent malware from entering your system?

Well, there is certain software that is used to remove malware and provide protection to your system.

Here, we are going to discuss the Top 10 malware removal software in 2023:

This antivirus has a really simple interface yet it provides great cleaning against any kind of infected files (especially rootkits and malware).

What makes this antivirus unique and different from others is that it scans for tracking cookies. Moreover, it doesn’t require any installation at all and can be launched from a USB device.

Many Antiviruses faces problem in installation if the device is heavily infected with malware, but Hitman pro has a shielded installation mechanism that allows it to get downloaded without any issues in pre-infected devices.

A very gorgeous-looking interface and has an organized panel. Though it protects against normal malware it fails to provide necessary web and internet protection.

Panda antivirus has passed only one lab test. In the malware protection test, it has scored 8.7.

It has a unique feature called “USB vaccination “ which blocks the resources that a potential USB malware could use.

You all might know that the windows operating system comes with a pre-built-in antivirus. It provides some amount of protection but majorly fails against severe viruses. If you want to replace your built-in antivirus, then Adaware is the first recommendation.

Though it has no lab tests performed, it has earned a 9.2 score against the malware protection test. So it is very potent and capable as compared to the windows antivirus.

Are you looking for a free yet capable side support antivirus that can detect and protect your computer against malware without using other heavy antiviruses?

Then Avira provides you with the lightest and potential antivirus. It has scored a perfect 9 in all the lab tests and has gotten an 82% in malware protection. It provides a very quick scan and saves you more time as compared to other antiviruses.

Mode: Free for 30 days and has 30 days money-back guarantee

Though it has zero lab tests, yet it has scored a 9.7 in malware protection and a 55% detection rate of phishing. Through its 4-layered protection system, it assures safe web and internet activity.

Mode: Freemium (Most are free services but few services are paid)

This antivirus is probably one of the best in the market. The majority of its services are free and include on-demand Malware scans, on-access malware scans, blocking of any suspicious URL, deleting any corrupted file which potentially can hold viruses and trojans, and phishing protection.

This antivirus has scored 9.99 in 3 lab tests and is given an Advanced +, AAA protection rating which indicates that this antivirus is capable of securing your system.

This antivirus is very well known in the industry and protects a wide array of infections from moderate to very severe ones.

If your system is very much affected by malware then go to the settings of this app and turn on “search for rootkits” mode. This will immediately delete all suspected files in your system.

It has passed 3 lab tests with an aggregate of 7.8. The SE Labs has accredited it with a B rating which is not bad. Due to its high protection barriers, it has gotten an Advance+ certification.

It has scored a 9.9 in 3 lab tests and an 8.6 in malware detection. It provides 99% protection against phishing.

The most demanding feature that Bit defender has is its wallet which is an advanced password manager. It automatically fills internet forms, passwords, usernames, and email addresses based on your previously given inputs.

Trojans are the most lethal type of malware that disguise themselves as normal files but cause havoc and disruption in your system.

Avast is the best Trojan protection and overall security antivirus on the market. It has an aggregate of 9.6 in four lab tests with 96% malware protection and 97% phishing protection.

Speaking about Antiviruses and not mentioning this king would be a sin. Kaspersky holds the first position on our list as it is the leading Antivirus in the Industry. It has scored very high on every single test performed.

Antivirus Testing Lab gave Kaspersky the award for being the Best antivirus and antimalware software.

It has passed 4 tests performed on it with a near-perfect score of 9.7 with a 93% in malware detection and elimination. It has got a 96% phishing detection score.

The unique feature that makes Kaspersky stand out is its system watcher algorithm that detects ransomware with high efficiency, even if it fails to detect them in the initial security scan. 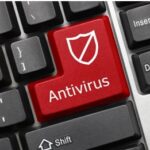 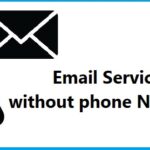 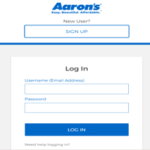 Aarons Login – Know how to login to Aarons Bill Pay Portal at Login.aarons.com 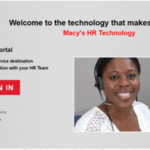 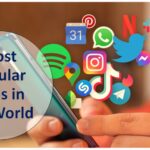 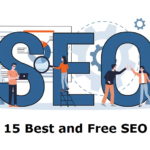