HAPPY ST. PATRICKS DAY 2023: All you need to know about the Irish Holiday St. Patricks Day.

Saint Patrick’s Day, is a religious and cultural holiday celebrated by the Irish people and people of Irish descent. St. Patricks Day is celebrated on March 17 of every year, as it is the death anniversary of the foremost patron saint of Ireland, Saint Patrick. It is a beautiful day that celebrates Irish culture.

Saint Patrick was not originally from Ireland, he was born in Britain and came to Ireland at the age of 16. His father was known to be a deacon and his grandfather was a priest. There are no specific records of when Patrick was born. However, there are several pointers during his career that indicate his time of birth to be somewhere around the second half of the 5th century. According to the Declaration that Saint Patrick wrote himself, he was kidnapped by Irish raiders and brought to the land of Ireland as a slave.

While working in Ireland as a herdsman for six years, he was highly influenced by Christianity, which is why he came back and decided to enlighten more people about it. His writings are said to mirror a truth and simplicity that was never known before.

As per his writings, a voice spoke to him, telling him to leave Ireland. He believed that voice was the voice of God, and he fled from captivity and went back to his homeland. After returning, Patrick reportedly heard another voice that told him to return to Ireland as a missionary.

After being ordained as a priest, he returned to Ireland to guide the Christians already living there and to convert the Irish people. Due to his divine teachings, many people in Ireland converted to Christianity and now Saint Patrick’s Day is celebrated on the day he died.

HOW IS SAINT PATRICK’S DAY 2023 CELEBRATED?

Since the 10th century, every year on March 17, the people of Ireland have been observing the Roman Catholic feast day of Saint Patrick. However, according to some records, the first St. Patrick’sDay was not celebrated in Ireland but in America on March 17, 1601. On March 17, 1772, some homesick Irish Soldiers in the English military in New York marched ok the streets to honor the patron saint. Since then, the celebration of St. Patrick’s Day grew more in American states.

On this day, the Irish community and organizations come together to celebrate the holiday. Many people wear green clothing items on this holiday and enjoy various food items and drinks that are dyed with green food coloring. Some of the most popular food items of this holiday are Irish soda bread, corned beef, and cabbage.

People even go on a pilgrimage to St. Patrick’sPurgatory for self-growth and spiritual healing. According to a legend, St. Patrick had a vision in this place that whoever came to this sanctuary will be forgiven for their sins.

Several places have come up with their unique way to celebrate this day. In Chicago, the Chicago River is dyed green every year on this holiday. They use green vegetable dye that turns the river green for several hours.

The island of Ireland is full of greenery, which is why the nation is also known as Emerald Isle. The shamrock that St. Patrick used during his teachings, became a national symbol around the 18th century. This is also a reason why the color green is associated with this holiday.

Because of Ireland’s greenery and the significance of the shamrock, the color green caught on to the holiday. It is also the color of mythical fairies called leprechauns liked to dress in. But the folklore dates back way before green was in, they supposedly dressed in red.

SOME MYTHS ABOUT THE HOLIDAY 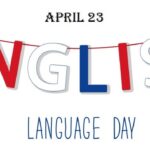 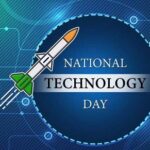 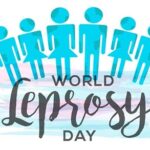 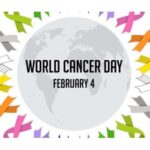