August 1, 2023 will be celebrated all over the world as World Scout Scarf Day 2023. Also known as World Scout Day or Scout Scarf Day, the day urges all active and former scouts to wear their uniform as a mark of visible commemoration of Scouting. It is a day of annual observance adopted jointly by the various scouting organizations around the globe.

Below mentioned are the upcoming dates for World Scout Scarf Day 2023 for the next 5 years.

Scouting is a form of informal education that focuses on physical, intellectual, social and spiritually development of youth through outdoor activities like camping, woodcraft, aquatics, hiking, backpacking, and sports. Also known as the Scout Movement, Scouting is characterized by special uniform that is meant to hide all differences of social standing and vouch for equality. Scout uniform generally has a characteristic neckerchief and campaign hat or comparable headwear.

Robert Baden-Powell was the first to experiment with scouting when he ran an experimental camp comprising of 20 boys on the Brownsea Island in Dorset in 1907. When Baden was appointed as a military officer in British India, he started taking an interest in military scouting and published a book called Reconnaissance and Scouting. The notion for the Scouting movement came with the publication of his handbook ‘Scouting for Boys’ in the year 1908. It was only later that Scouting movement caught up and many scout group were formed. According to a report from 2007, there were more than 38 million members in 216 countries.

World Scout Scarf Day is observed to celebrate the simple idea of making the ‘Spirit of Scouting’ visible. Their similar uniform revel equality of all and their scarf is a symbol for the scout promise and for their mission to leave the world a better a place than before.

It is celebrated every year on 1 August and the celebrations are held worldwide.

To make the scout community more perceptible than before every year August 1st is observed as World Scout Day. This day was created through a joint initiative of Scout groups all over the globe and has been in existence since 2007.

It encourages current and former scouts to wear their scarves as a symbol of the Scout’s promise and the spirit of Scouting. The day commemorates the formation of the first scout group by Robert Baden-Powell in 1907.

There are way too many fun ways to celebrate World Scout Scarf Day 2023. You can participate in international scouting events where you get the chance to meet scouts from different countries. You can also participate in special swap event to learn and understand about the scout movement of other nations. Minecraft events are also held online and scouts from all over the world takes part in them.

Invite your friends (active or former scouts) to post their photo wearing Scout Scarf and ask them to do the same with their friends. You can join social media celebrations using hash tags #scarfnomination and #scoutscarfday. Take this day as an opportunity to teach others about scouting and its importance.

Will there be any theme for celebrating World Scout Scarf Day 2023?

Can you name some international scouting organizations?

When was the first World Scout Day celebrated?

The first World Scout Day was observed in 2007 commemorating the 100 years of formation of first scout camp in 1907. 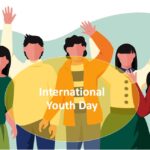 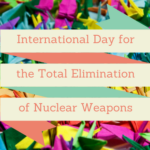 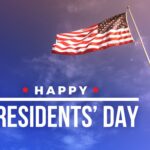 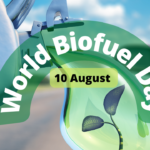 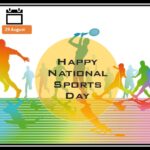