The biggest festival of sports on the planet is here. After a prolonged wait, the Olympics have started. We are all excited to see world champions perform at the biggest sporting event. But do you know how many sports are in the Olympics Tokyo 2021? A few new Olympics sports 2021 are also added to this year’s Olympics to make the tournament more exciting and thrilling than ever before.

In total, there are six new sports that the going to make their Olympics debut this year with Tokyo Olympics 2021. With the addition to these new sports, now the Olympics have 18 new medal events with 9 new medals each for men and women. Go through this post to get the complete list of games in Tokyo 2021 Olympics.

Those who are wondering what sports are in the Olympics 2021 may check the list given below.

Here are the sports added in the Olympics for the first time in Tokyo 2021.

Sport Climbing is going to make its Olympics debut this year. This sport is a form of rock climbing in which the strength, endurance, gymnastic ability and technique of an athlete are tested.

Before Tokyo, this game is previously tested at the 2018 Summer Youth Olympics. In the Olympic sport climbing event, athletes have to compete in three disciplines  i.e. lead climbing, speed climbing, and bouldering.

Courtesy of the effort of the International Skateboarding Federation, Skateboarding is also going to make its Olympic debut in Tokyo. The Olympics event will contain two form of Skateboarding i.e. park and street.

The street form is designed to replicate street skating with Ramps, Stairs, and Rails. In the park event, participants have to show their skills in a bowl-shaped course.

All of us have heard of Karate. But, do you know this sport is also going to make its Olympics debut at Tokyo 2021. There are two types of disciplines in Karate i.e. Kata (forms) and Kumite (sparring) for both men and women athletes.

During the Kata event, an athlete has to perform both defensive and offensive movements against a virtual opponent. The jury will give rating points on the basis of speed, strength, balance, rhythm, and power.

Two opponents with equal weights compete against each other in Kumite aka sparring discipline. These matches will take place in an area of 8 by 8-meters for 3 minutes. The judges will be given points based on kicks, punches and landing strikes on the opponent’s body.

Baseball was first introduced in the 2012 Olympics. Initially, there were only men athletes who used to play this game. Later on, women athletes also started playing this game with a new version known as softball. Both baseball and softball were removed from the Olympics games list after 2012 London Olympics.

Now, baseball for men and softball for women are making comebacks with Tokyo Olympics 2021. As compared to baseball, softball is played with a bigger ball on a small ground.

Another game to be played for the first time in this year’s Olympics is Surfing. The event will take place at Shidashita Beach of Japan’s Pacific Coast. Both Men and Women will part in the event. 4 athletes will compete with each other in a match. The duration of a match will be around 20 minutes to 25 minutes depending upon the quality of waves. Authorities will judge athletes on the basis of precise execution to overcome the large waves. The top 2 athletes from a match will move on to the next round.

Schedule of All Sports in Tokyo Olympics 2021

None of us follows all sports. Here is the list of all sports at Tokyo Olympics 2021 along with their schedules so that you can follow your favourite sport with ease.

Number of Athletes from Each Country in Olympics 2021 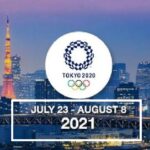 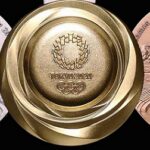 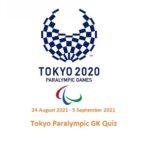 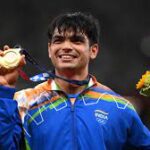 GK Questions on India At Olympics: Set of Most Important GK MCQs 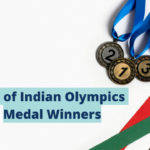 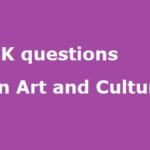