Human trafficking is a grave crime against humanity that forces women, children and men into some demeaning labor including forced sex. More than 225,000 victims of human trafficking were detected all over the world since 2003, according to the report by UN Office on Drugs and Crime (UNODC). However, the count was detected to be much higher when individual countries reported their numbers.

Already it has been enough and there is an urgent need to stop this crime. Watching the seriousness of the issue, in 2013, the UN declared 30 July to be observed as End Human Trafficking Day every year. The aim is to raise awareness of the plight of human trafficking victims, and promote and protect their rights.

Below mentioned are the upcoming dates for End Human Trafficking Day for the next 5 years.

Almost every country, from developed to developing to underdeveloped is affected by the problem of human trafficking. Either they are a country of origin, transit or destination, but in any case they are not untouched by this heinous crime. To raise awareness against the situation, it is important to dedicate a day entirely towards this situation.

History of World Day Against Trafficking in Persons

In 2006, a coordination meeting of international organizations working was hosted by the Government of Japan to counter trafficking in persons. The efforts were joined by ILO, IOM, UNICEF, UN Women, UNHCR and UNODC and Inter-Agency Coordination Group Against Human Trafficking (ICAT) was formally established in March 2007.

This was the first major step towards ending human trafficking. In 2010, the General Assembly adopted the Global Plan of Action to Combat Trafficking in Persons, urging Governments worldwide to take measures to defeat this scourge. Finally in 2013, a resolution was adopted by the UN General Assembly that designated July 30 to be observed as the World Day against Trafficking in Persons. The first End Human Trafficking Day was thus observed in 2014 and has been observed ever since then.

Human trafficking is a slap on humanity and grave insult of human rights. As a human being, it is everyone’s responsibility to make sure that they never condemn this crime or support it in any way.

To make people more and more aware about the seriousness of the crime, it is important to observe End Human Trafficking Day.

Theme for World Day Against Trafficking in Persons 2023

There is a theme for observing End Human Trafficking Day every year and the theme for 2022 was “Use and abuse of technology”. The theme emphasize on the role of technology in enabling and impeding human trafficking.

Traffickers use internet and social media as a tool to recruit, exploit, and control victims, organize their transport, identify, groom and recruit victims and advertise services provided by victims. The list goes on and steps need to be taken to control the situation and that is what the theme will focus on.

Question 1: When will the next World Day Against Trafficking in Persons be observed?

Answer: The upcoming World Day Against Trafficking in Persons is to be observed on July 30, 2023.

Question 2: What is the purpose of Global Plan of Action to Combat Trafficking in Persons?

Answer: The Plan calls for fight against human trafficking and to boost development and strengthen security worldwide. It also calls for establishment of a UN Voluntary Trust Fund for victims of trafficking, especially women and children.

Question 3: What is the Blue Heart Campaign and what does it symbolizes?

Answer: The Blue Heart Campaign is a global awareness to raise initiative against human trafficking and its impact on society. It seeks to encourage governments, civil society, the corporate sector and individuals to help prevent this heinous crime. The Blue Heart signifies the grief of people being trafficked and reminds of the cruelty of people involved in their buying and selling. 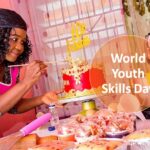 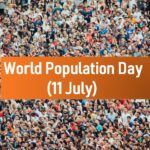 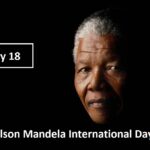 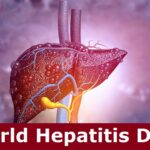 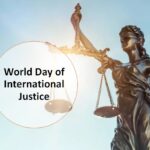 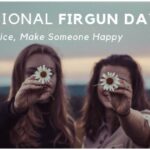