Ramanujacharya, also known as Ramanuja or Ramanuja Acharya, was a great philosopher, thinker and a social reformer of India. He is accredited for his philosophical foundations on devotionalism (meaning bhakti) that had a major influence on the Bhakti movement. Ramanuja is sometimes also referred to as Ilaya Perumal, meaning the radiant one. It is believed that Ramanujacharya was born in 1017 CE and disappeared in 1137 CE at the age of 120 years. The birth anniversary of Ramanujacharya is celebrated as Ramanuja Jayanthi which is considered an important festival in south India, especially in the state of Tamil Nadu.

Sri Ramanuja Acharya Jayanthi 2023 will be celebrated on Tuesday, 25th of April. Let know more about how to celebrate it, its significance and the life history of Sri Ramanujacharya.

Sri Ramanuja Acharya was born to mother Kanthimathi and father Asuri Kesava Somayaji in 1017 CE at Sriperumbudur village in Tamil Nadu. He was named originally as Lakshamana but later came to be known as Ramanuja. He is considered as one of the greatest philosopher and thinker and play major roles towards Sri Vaishnavism tradition and Bhakti movement, both an important component of Hinduism.

After Ramanuja got married, he moved to Kanchipuram to study in an Advaita Vedanta monastery with Yadava Prakasa as his guru. Owing to frequent disagreement with his guru, Ramanuja got separated from Prakasa and continued studying on his own. It is also said that Prakasa got jealous of increasing fame of Ramanuja and tried to have him killed. But soon he realized his mistake and became a disciple of Ramanuja. Ramanuja later renounced his married life and became a Hindu monk and started working as a priest at the Varadharaja Perumal temple, a temple dedicated to Lord Vishnu, at Kanchipuram. He then began teaching people the principle of moksha (salvation) and how to attain it with the help of personal god and saguna Vishnu.

Prior to Ramanuja, Sri Vaishnavite order did not favored the people from other castes. Ramanuja revolted against the discrimination on the basis of caste and helped the people who were considered as untouchables to follow the path leading to Sri Vaishnava Bhakthi Movement. Sri Ramanujacharya is also attributed with the creation of nine Sanskrit texts under Sri Vaishnava tradition. These are:

His followers recite and spread his teachings in temples and at other religious premises. In the southern state of Tamil Nadu, special celebrations and festivities are carried out on Sri Ramanujacharya Jayanthi. Followers of Ramanuja from all over the country visits the Sri Ramanuja Swamy Temple in Sriperumbudur.

When will we celebrate the 1006th birth anniversary of Sri Ramanujacharya?

When will Thiruvathirai Nakshathram start?

When will Thiruvathirai Nakshathram end? 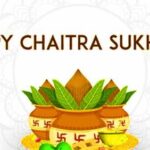 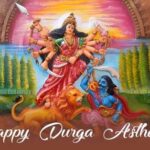 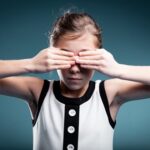 Chinese Language Day 2023: The History that you need to know

World Creativity and Innovation Day 2023: What activities should you be doing?